EW Live: the end is only the beginning 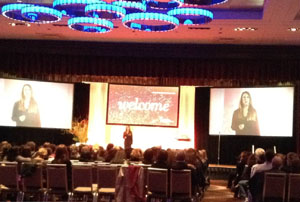 I’ve been in NYC at the Emerging Women Live Conference the past few days.

The conference was subtitled “Changing the world through feminine leadership and entrepreneurship.”

I also got to meet my mentor and guide Bari Tessler Linden in person after studying with her the past 2 years. Bari runs an online course called The Art of Money and has inspired financial confidence in me. 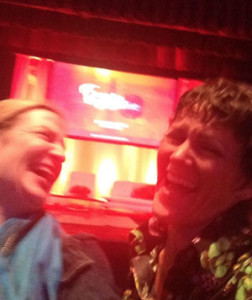 Last Spring I declared to my husband that I would attend this conference.

A few weeks later I was on the fence about actually going. Then my best friend of 26 years sent me a link to the EW registration page.

“Want to go to this with me?” she asked. That invitation made it a done deal. We signed up together! We took this selfie our first night here.

I was anticipating the magnificence of speakers Brene Brown, Arianna Huffington and Eve Ensler — after experiencing their work for years.

Then Bari said she would be here.

But there were many more women speakers & teachers who surprised me & flat knocked me out!

Communication Expert Wokie Nwabueze taught A Crash Course on Courageous Communication where I learned about the importance of being clear about my vision & mission. 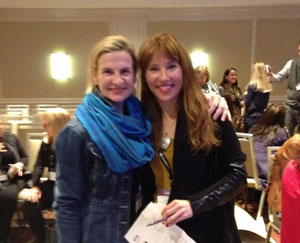 What she said could be life-changing:  “When you were a kid, remember the thing that people told you to stop doing so much of? Like stop talking so much, stop daydreaming so much, etc. Remember that thing. It is probably your greatest gift and it could give you clues to what you were born to do.”

I collaborated with my new friend from Australia, Madeleine Lyons (pictured left) about her idea for a Women’s Wilderness Retreat in the bush.

Whew!  All this and so much more!

Over the next several weeks, I look forward to sharing more about what I learned from these amazing women. 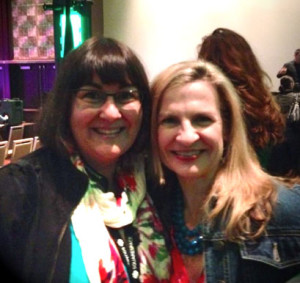 I looked around at the 400-or-so women in the room. Some thoughtful person had arranged all the chairs in the Sheraton ballroom into circles of 8.

I claimed my chair and smiled at the 7 other women occupying the seats in my circle of 8.

The first to speak was Amy, a 20-something Australian who now lives in London.

Amy wants to change the world. She works a corporate job, but moonlights as an Interfaith minister. She is starting the process of ordination.

She pointed across the circle at her mom (pictured left with me). After Amy attended last year’s EWLive conference, she made plans to attend this year for another dose of inspiration…and vowed to bring her mom, Allison, all the way from Australia to share the experience.

Then I took my turn to share with our female octet.

Our mission was to answer the following 3 questions:

1 – Where are you passionate and playing BIG in your life?
2 -When do you hold yourself back & what support do you need?
3 – What is emerging for you as a woman & a leader?

The facilitators encouraged us to be real & speak honestly. 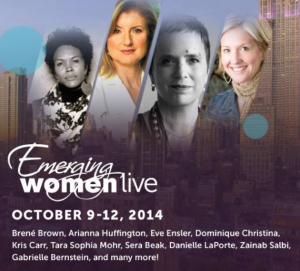 1 – I feel most passionate when I am teaching a class, speaking to a group, or sharing in a heart-depth conversation with another person.

2 – I hold myself back when I feel afraid.  The silver lining? My peeps! They provide all the best kinds of support.  They cheer me on, give me a push when I’m about to birth a new idea, & allow me to push the “pause” button when I’m feeling overwhelmed by the grandness of my own vision.

3 – I am emerging as a woman & a leader. After years of doing my own personal growth work, I am committed to supporting others in their own exploration.

The details? Well, they are still arranging themselves.

And I am showing up to see how it all comes out!